I went to COACHELLA for the first time ! 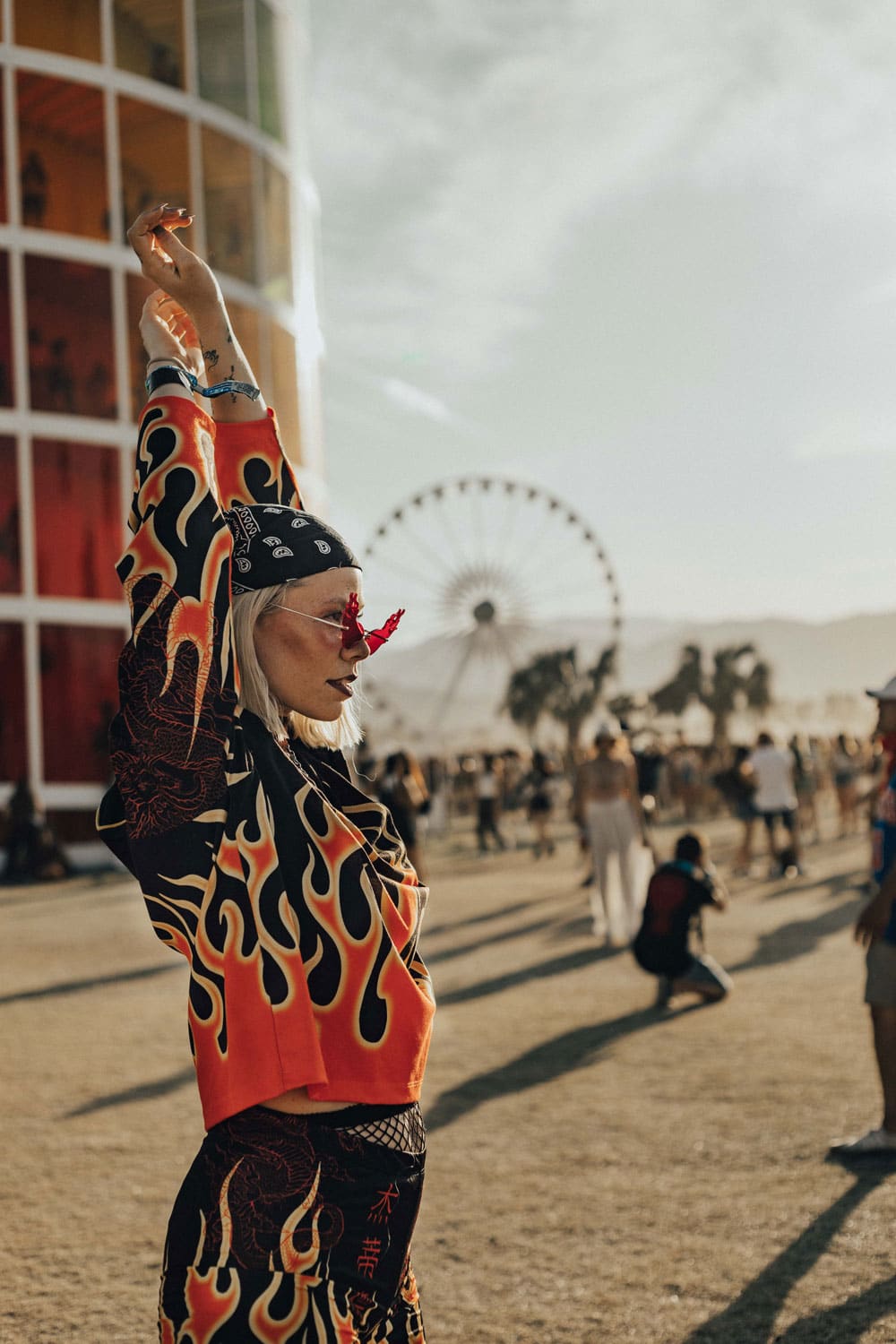 …and hopefully not the last!

We made it to Coachelaaaaa! Guys I can’t even explain how much thankful I am that I was given this opportunity! Yaaaaay! I know it’s a dream to so many people out there and the reason I was given this trip is YOU! If it wasn’t you I would never ever be able to go, so thank you for your everyday support and love! You guys are making my dreams come true and you don’t even know about it! Aaaaaah… now back to Coachella…everyone is asking me how it was and if it’s actually as amazing in real life as it seems on social media. Well yeah it’s pretty epic! Haha, the most insane is the actual location – you have the mountains with snow, you have palms, sand and sun..you have it all, it’s so picturesque! The installations at the festival are so so pretty (obviously most of them are rainboooow so can’t get any better than that) but actually apart from that it’s just another festival. You most likely won’t see any celebrities as there are so many people so you would have to be extremely lucky! We had vip tickets so most of the time we hang out there as it was less busy and that’s where I saw Winnie Harlow and Tezza but that’s it, I haven’t seen anyone else. I actually think there is another section where celebs hang out as there was one entrance which had quite a few bodyguards. What I didn’t like were so many almost naked girls, like for real I have never seen so many bums in my life in one place 😀 And I’m not talking short shorts but thongs! Is it a new festival trend which I missed out on? 😀 Also, get ready to spend some cashhhh if you ever go, eg. beer was $11, slice of pizza $10, fries $8 I wished I was on detox so no money had to be spent 😀

Today we decided to come early. Well Coachella starts at 12pm and we arrived around 1pm. It was so nice and chilled let me tell you. Wish it was this “busy” all day haha. I was planning on meeting so many of my Insta friends but I actually haven’t met anyone 😀 It was impossible to find someone in the mass of people, specially when I only had internet in the VIP section 😀 I know I’m a cheap ass but data are expensive out of Europe! lol

On the day 3 we decided to risk it and bring our camera, the risk paid off even tho I got a warning that if someone sees it they could take it simply because cameras with removable lenses are not allowed unless you have a permission. Also day 3 was ARIANA GRANDEEEE DAAYYYY!

The best photobomb! Puppies are lifeeeee!

These two pictures were taken by a lovely guy we met called Glen.

I don’t even know how the days passed and Coachella is over! Well I can say we had a wicked time and really hope I will make it there again soon!