I know I first said I’ll be giving you reviews on small restaurants and some cool quirky places but I couldn’t help myself today with the experience we’ve had.

So basically we wanted to go out for a dinner but because we didn’t book the restaurant we wanted (Daphne’s) it was fully booked and so we were walking down the street hoping we find something else. And so here it is a small Italian restaurant called Vecchiomondo which looked very cute from outside and so we popped in. It was a very tiny place, so all the eyes on us, only not the bartender’s, they were nowhere to be seen. So we were waiting at the door because it said there “please wait here until seated”. After a little while a lady comes, dressed in dirty clothes looking like she’s been cooking the all day and she only looked us with some sort of question mark on her face so I was like “Hi (yes she didn’t even say hi) , can we please have a table?” and she was like “yes” and gave a small table for two. Because it was close to the wall she moved it and waited until I sat down and moved it back which meant I was literally stuck there forever

She brought us the menu and cutlery which was so old and disgusting and she didn’t even put it on the napkin, she literally just dropped it on the table. Well anyway, because she moved the table it was wombling so we asked for a napkin or something as we wanted to put it under the one of the legs so the table is straight and she just grabbed the table and moved it into a position where it wasn’t moving but the table was in a diagonal

So I was like fuck this and let’s leave..it was the worst customer service I’ve had for a while! Even tho it might not sound as bad it really was! And well, when looking at the google reviews now it only has one out of five stars so I’m not surprised

Well and thank god Ask Italian was just round the corner!

Got a table in two minutes (we were waiting only because the restaurant was full). The customer service was so good, actually a Slovakian guy was helping us haha how random! So maybe that’s why he was so nice to us hahaha! Just kidding he really was a really nice guy! Also the food was so good so I can totally recommend, I would compare it to Vapiano probably, same thing – same price. Toilets were downstairs, they didn’t look anything special but there were all clean and that’s all we need right?

Well, everything happens for a reason I guess

Per usual, asked for extra cheese

There was no space for desserts

↓ SCROLL DOWN FOR THE REVIEW ↓ 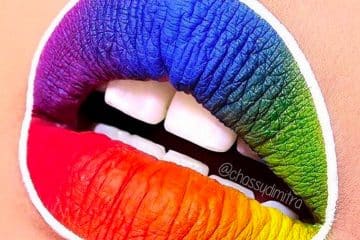